Would you like to go on student exchange in Canada? From its dramatic landscapes to its bustling cities and every town in between, Canada will be a fantastic destination for any student. 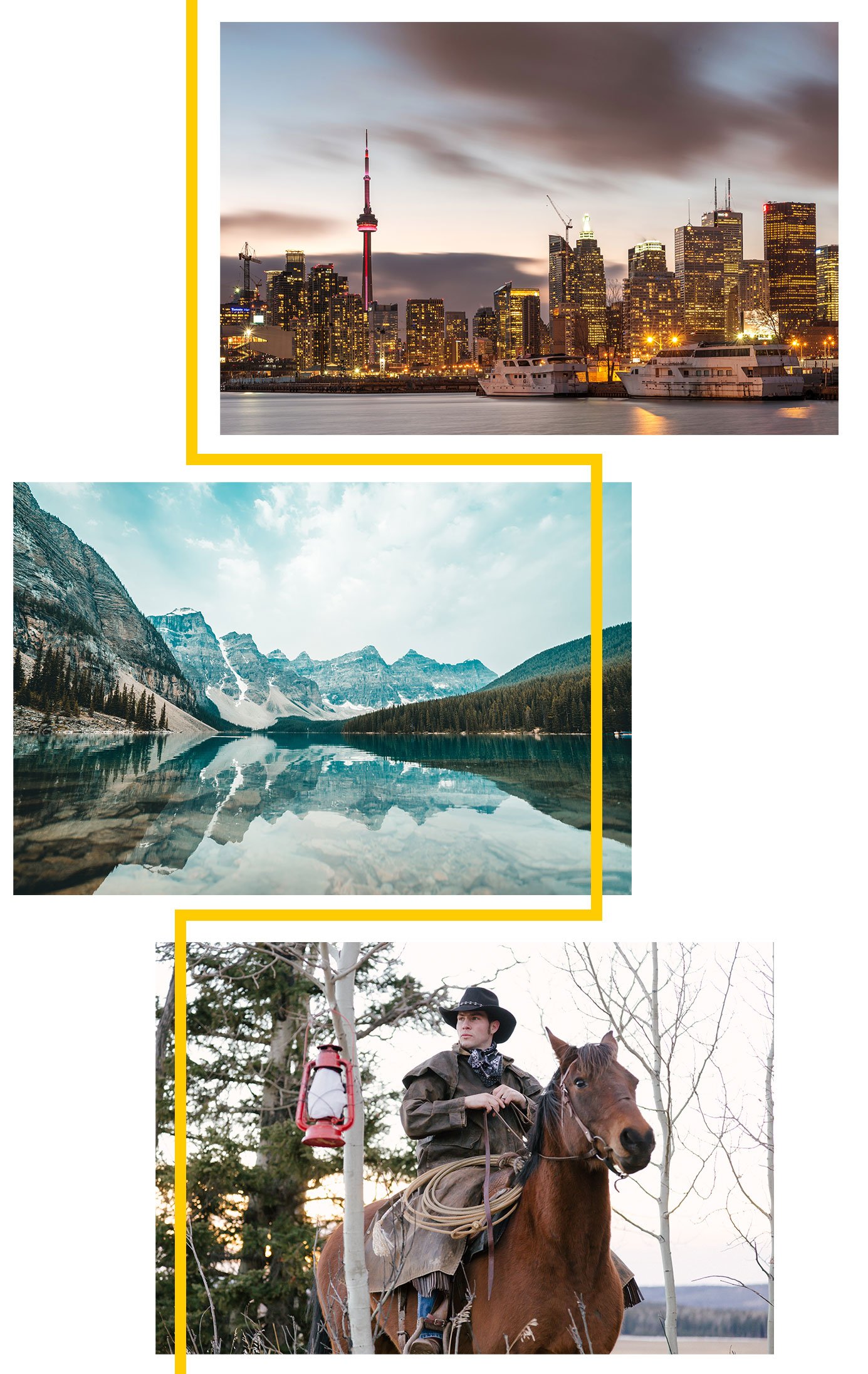 Ranked as the second largest country in the world, Canada is made up of 10 provinces and three territories. It is sparsely populated, with most of the population living close to the US-Canada border. The name Canada comes from the word ‘kanata’ which means ‘settlement’ or ‘village’ in the language of the indigenous St Lawrence Iroquoians.

How amazing would it be to explore some of Canada’s beautiful varied landscapes? You could go hiking in the majestic mountains or in the forested valleys. You could try out kayaking or fishing in one of the beautiful blue rivers and lakes which are full of fish such as trout and salmon.

Because of its wilderness, Canada’s remote north and extensive forests are home to lots of wonderful wildlife, from bears, wolves, deer, mountain lions, beavers and bighorn sheep, to smaller animals such as raccoons, otters and rabbits.

High school or secondary school as it is called in Canada typically starts in year 9 to year 12, except in Quebec where it starts in year 7 to 12. School hours are usually from 8:30am until 2:30pm. Extracurricular activities and sports are scheduled after school hours for you to enjoy!

Food varies widely depending on the regions of the nation.

Toronto and Montréal are the two Canadian cities with subway systems.

Buses are the most common form of public transportation, and practically all towns have their own systems. Most are commuter-oriented and offer only limited or no services in the evenings and on weekends.

Cycling is a popular means of getting around during the warmer months, and many cities have hundreds of kilometres of dedicated bike paths.

Winters can be harsh in many parts of the Canada. The interior and Prairie provinces daily average temperatures are near −15 °C, but can drop below −40 °C.

In non-coastal regions, snow can cover the ground for almost six months of the year. Whereas in parts of the north, snow can persist year-round. On the east and west coasts, average high temperatures can range from low 20s °C to 30 °C in summer.