Would you like to go on student exchange in Mexico? You can live and study in a culturally rich and diverse country in Latin America where you can learn Spanish and eat tacos… Yes please! 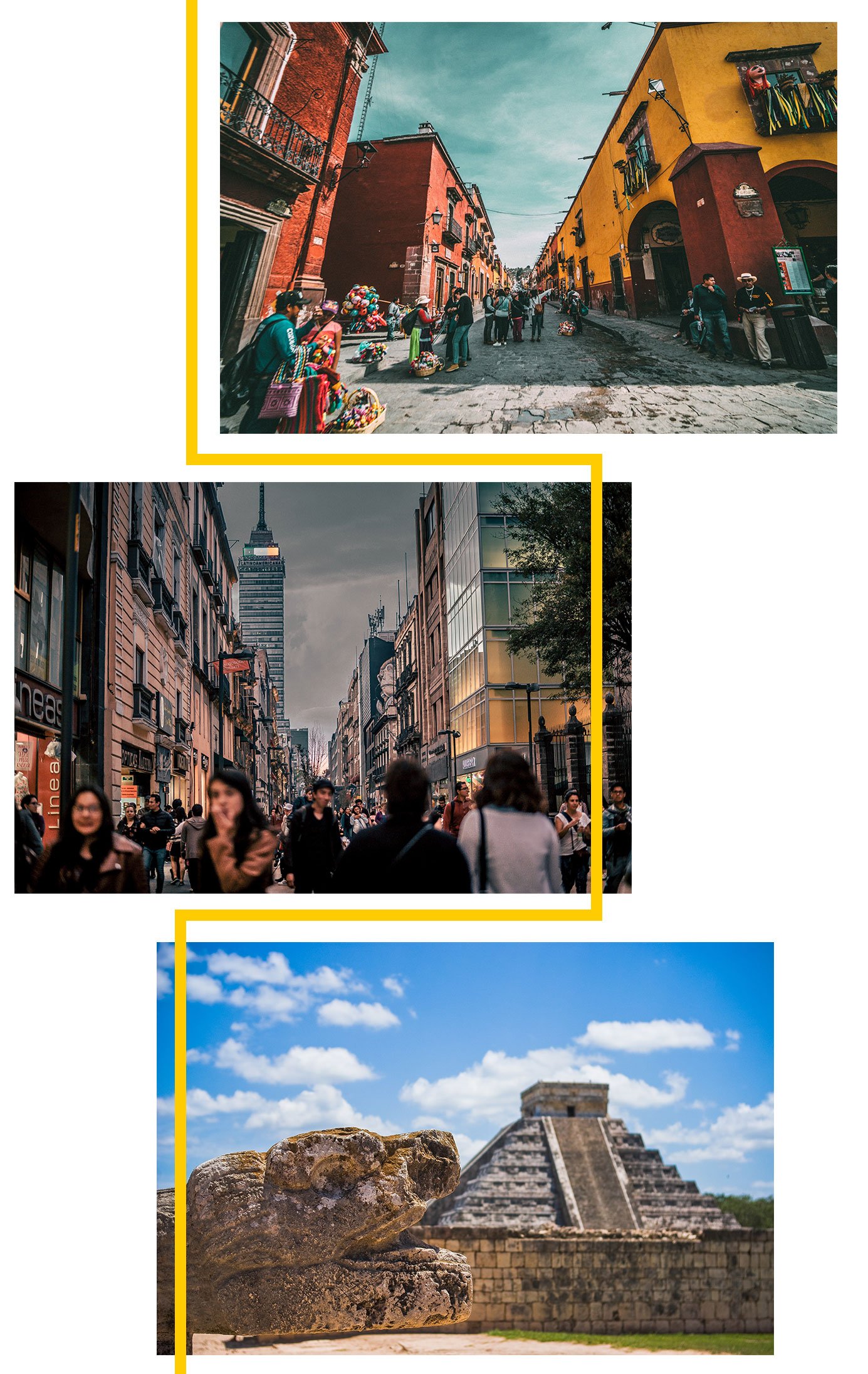 Undecided about going on student exchange in Mexico? Let us tell you more about Mexico to help you choose!

Mexico is the third-largest country in Latin America after Brazil and Argentina. It has the largest population of Spanish speakers in the world.

Mexico has a rich native American heritage mixed with three centuries of Spanish colonisation. The ancient societies built great cities with huge pyramids, created remarkable works of art, and an impressive calendar system by studying the stars and planets to determine when best to plant crops and hold ceremonies. How cool would it be to see an ancient Mayan or Aztec temple?

Mexico has a very diverse landscape with many beaches, mountains, deserts, volcanoes, forests and cool sinkholes full of groundwater called cenotes, Mexico has over 6000 cenotes, some that you can explore and swim in! So cool!

Mexico is responsible for introducing chocolate to the world. It was considered the ‘drink of the gods’ by the early Aztecs (thank you!).

Mariachi are the popular musicians who play folk music wearing silver-studded charro suits and elaborate hats. They mainly use string instruments, but also play trumpets. The groups are often invited to play at birthday parties, weddings and other family celebrations. They are very fun!

School times in Mexico may vary, depending on the grade level of the student. Usually high school can start around 8:00 am and finish at 2pm. Uniforms might be required in some schools. Students have the choice whether or not they want to bring their lunch, but many schools have cafeterias where they can purchase a lunch. Are you convinced yet?

Mexican food has some of the most well-known and loved dishes in the world.

The cuisine is a nice blend of the indigenous culture and Spanish cuisine. It is based in beans, corn, tortillas, and chilli peppers, but these are now usually served with some sort of meat and cheese.

Most dishes come with rice and spices, a clear nod to the European influence.

Buses are the main form of long-distance public transportation in Mexico.

There is an extensive network of buses, which range from modern luxury coaches to retired school buses.

The tropic of Cancer runs through Mexico, dividing the climate into temperate and tropical climate zones.