Experience school and life in a country that boasts old and new architecture, traditional and liberal cultures and a unique landscape of land and water. Experience The Netherlands. 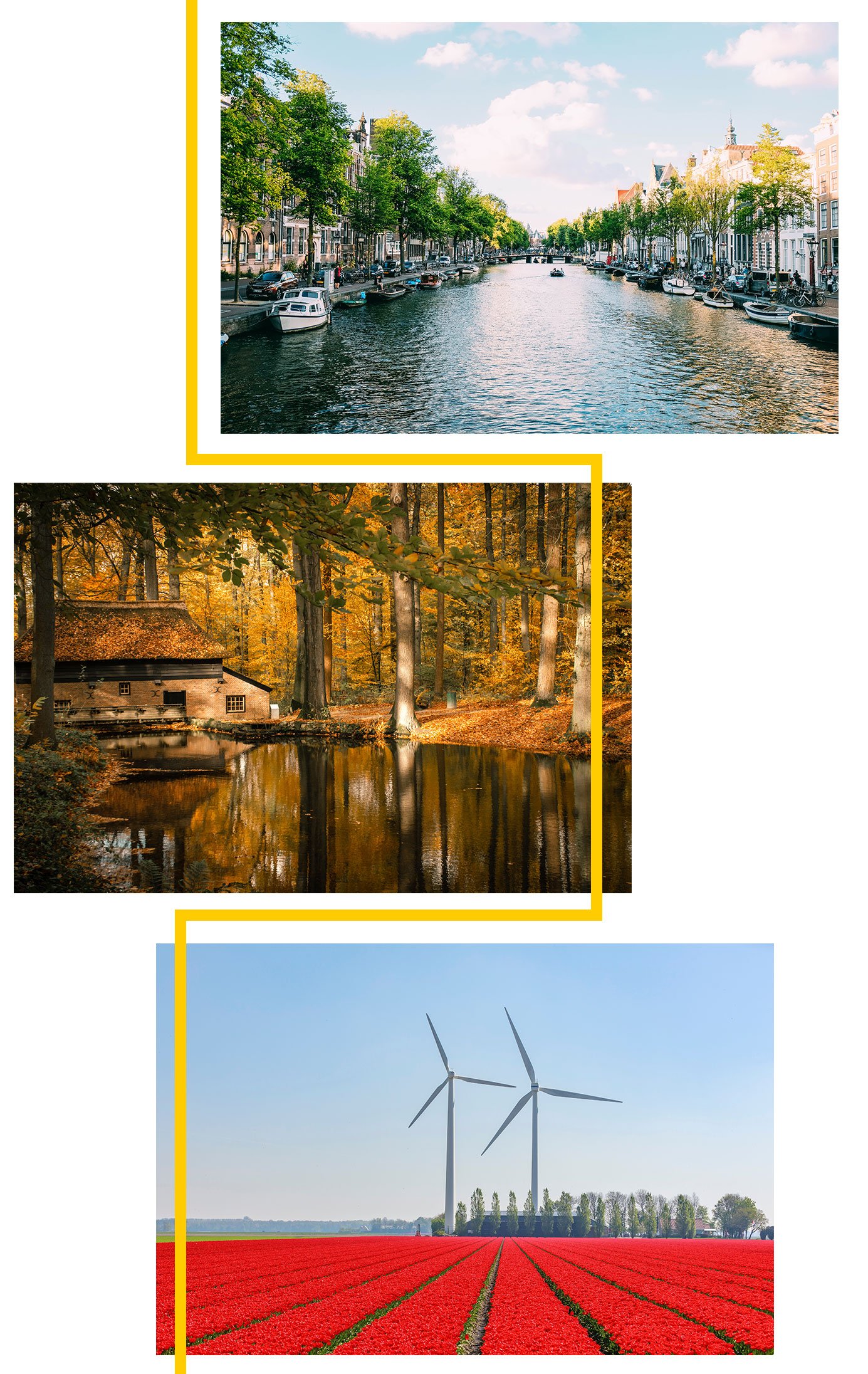 The Netherlands, also known as Holland, is formed by 12 provinces with Amsterdam as the capital city. The name “Netherlands” comes from the Dutch word “neder” and the English word “nether.” Both of these words mean “lower” and were used to describe the land as being the lowlands of the region.

One quarter of the country is below the sea level. The Dutch people have built great walls or dykes to keep the water out. Over time, they slowly drained the water so the land can be used for farming or other purposes. The Netherlands are covered by miles of canals. Amsterdam, often referred to as ‘the Venice of the North’, has 90 islands, 165 canals and 1,281 bridges!

Being a small country, everywhere in the Netherlands can be reached by train within 3.5 hours. Public transport is very dense, fast and safe. For shorter distances, the Dutch use bikes. The country has more bicycles than people! The Netherlands is simply made for cycling, there are 19.100km of cycle path and lanes along the flat terrain, cycling is enjoyable, relaxing and quite often a necessary means of transportation in the Netherlands.

Typically school hours are from 8:00am to 3.00pm. The lesson timetable determines when the day finishes.

Dutch cuisine is generally simple, with many vegetables and little meat – breakfast and lunch are typically bread with toppings like cheese, while dinner is meat and potatoes and seasonal vegetables.

Haring or ‘Hollandse Nieuwe’ is probably the most famous Dutch food.

Popular throughout the world, the ‘stroopwafel’, is a waffle made from baked batter, two thin layers of the waffle are filled with special sweet and sticky syrup (the ‘stroop’) in between.

Cycling is a common mode of transport in the Netherlands as the country has excellent cycling infrastructure such as cycle paths, cycle tracks, protected intersections, bicycle parking and great routes.

The rail system is good and efficient and there are also many bus lines operating.

The Netherlands is a country that boasts a typical maritime climate with mild summers and cold winters.

Wind and rain are common throughout most of the year with October being the wettest months. April is the driest month of the year.