Will the lure of dramatic landscapes, pop culture, high technologies and iconic cities lead you on a schooling adventure like no other? 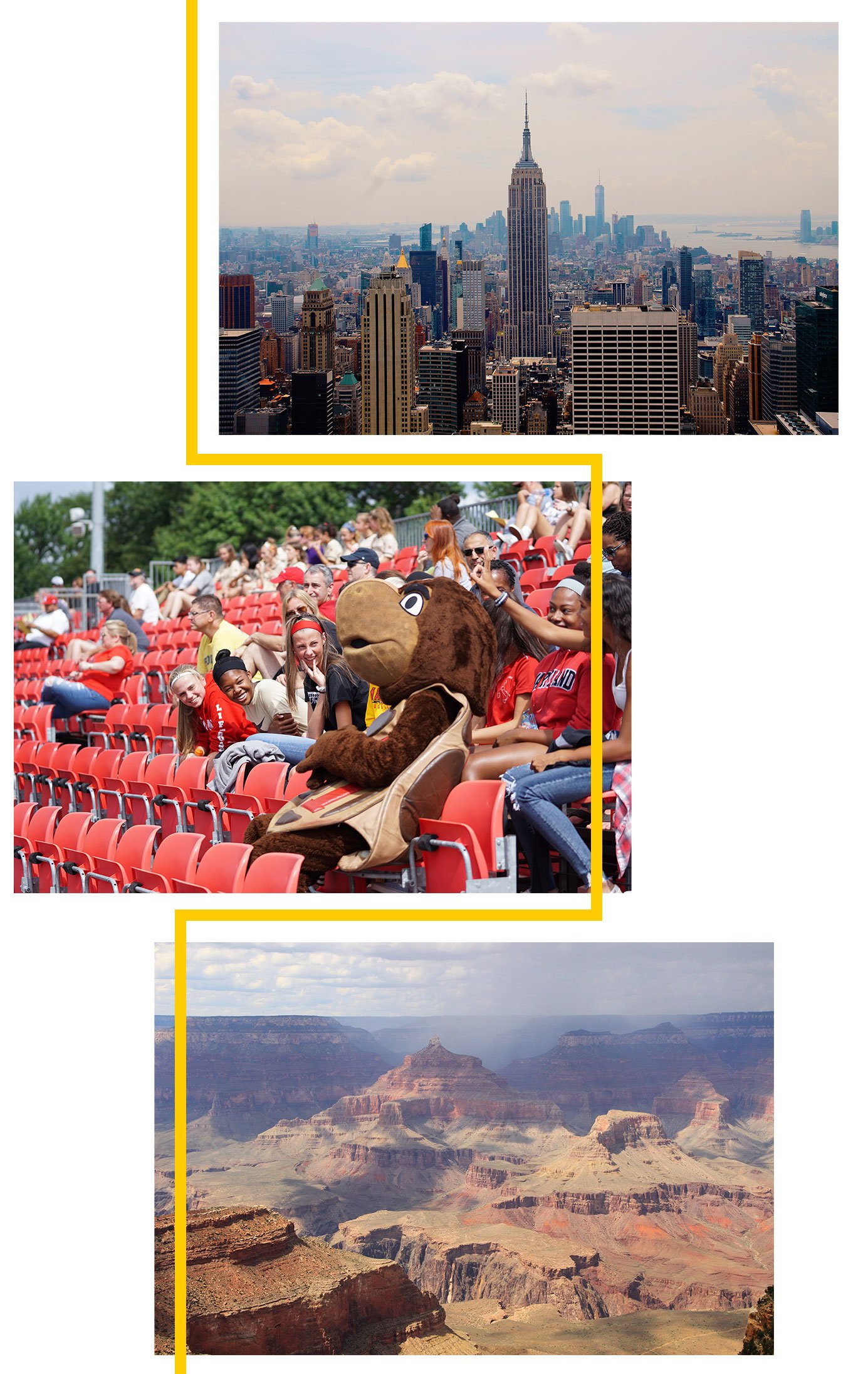 Imagine exploring the diverse landscape of America that varies across the large country – from the tropical wetlands of the Everglades, to the snowy peaks of the Rocky Mountains, from the rolling prairie lands and barren deserts in the west to the huge areas of dense wilderness in the north. Interspersed throughout are the Great Lakes, the Grand Canyon, the majestic Yosemite Valley and the mighty Mississippi River.

The wildlife is just as diverse as the landscape. You can find American buffalo, bison, mountain lion, jaguar, alligator and coyote roaming in the wild. Not to mention, their largest carnivores are black bears, grizzlies and even polar bears, which mostly live in Alaska. And they say Australia is full of scary animals!

The Native people lived on the land for many centuries before the European settlers came in the 17th century, creating colonies and displacing the Native people. Eventually, declaring their independence from Britain on July 4th, 1776 the United States of America as we know was born. Since then, America has become one of the world’s most ethnically diverse and multicultural nations, due to large-scale immigration from many different countries. It has also become a global powerhouse economically, technologically and militarily. Wouldn’t it be great to get an inside perspective of this country?

The school year usually runs from early September until May or June and is divided into semesters, made up of two sessions: fall (September to December) and spring (January to May). The average school day can vary but typically runs from 8am to 3pm. Can you see yourself giving sports or cheer-leading a try? Or maybe you’ll join the debate team for a semester or a year!

The American cuisine blends the culinary contributions of various groups of people from around the world.

Depending on the city where you go, you might have the option of bus, train, subway and ferry.

Being a huge country, the United States is home to a wide variety of climates.

However, in general it has a continental climate, with cold winters
(often frigid) and hot summers (sometimes very hot), with some exceptions on the west coast with moderate temperatures year round, down south being more humid and even tropical and the desert areas having freezing winters and scorching summers.